An announcement was made by Air France airline, which will resume operating the Lima – Paris route.

Air France announced that it will be resuming direct international flights between France and Peru from next Wednesday, March 31. This announcement was confirmed by the French Embassy in our country, which welcomed the return of air connectivity with the European country.


“Flights between Paris and Lima will take place on Wednesdays, flights between Lima and Paris on Fridays,” said the French Embassy in Peru in a publication on its social networks.

As reported by the Gestión newspaper, the French airline informed that it will be operating the first direct flight from Paris and Lima on Wednesday, March 31. Meanwhile, the flight between Lima and Paris will be operated on Friday, April 2. However, the French Embassy reminded that the exceptional restrictions to enter the French country are still in force due to the COVID-19 pandemic.


Likewise, it is important to recognize that the Peruvian Government has suspended passenger flights from the United Kingdom, South Africa, and Brazil until March 31. 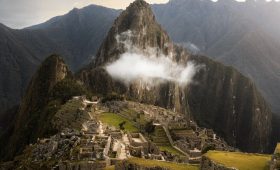 What is the best time to travel to Machu Picchu?

Government shows no interest in tourism in Peru