This protected natural area, located in the Loreto region, has the Safe Travels seal and is a world tourist destination.

The ‘The jungle of mirrors’ protects endangered species of Amazonian flora and fauna, such as the black lizard and the giant otter. The presence of more than 1,025 vertebrate species has been reported, which represents 27% of the diversity of these species in Peru and 36% of the total recorded for the Amazon, according to Andina news agency.

Among the wildlife, you can see the sea cow or manatee, the pink dolphin, the gray dolphin, the Yellow-fronted maquisapa, the river wolf. The ornithological fauna is made up of 527 species, including the white heron, the ash heron, the puma garzo, the cushuri, and several other species.


The Pacaya Samiria National Reserve is home to 965 species of wild plants and 59 species of cultivated plants. Its value for the protection of biological diversity is amply justified by the presence of immense extensions of aguajales or aguaje forests (Mauritia flexuosa) and mixed forests of other palms.

This natural protected area in the Loreto region is home to numerous communities, both native and traditional as well as relatively recent settlers. Its territory offers benefits to thousands of people in the area and in neighboring cities, as well as the possibility of first-class tourism to get to know the Peruvian Amazon. Proof of this is that in 2018 it received 14,202 visitors, between Peruvians and foreigners. And in January 2019 it had as a luxury guest the award-winning American actor Robert de Niro.


There are three main tourist circuits: the Yanayacu-Pucate basin, from the Veinte de Enero community, near Nauta, to the famous El Dorado oxbow lake. This is the area with the largest number of lodges and camping areas along the river. El Dorado Lake is considered the heart of the Pacaya Samiria National Reserve and one of the places with the highest concentration of fauna.

There are also 15 authorized camping areas in the 8 areas of tourist use, three shelters in the Yanayacu-Pucate watershed, and two shelters in the community of San Martín de Tipishca.

France and Peru to resume direct flights as of March 31st 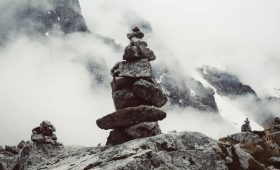 Peru approves the “National Strategy for the Reactivation of the Tourism”