The destination supports the socio-economic development of the region.

The National Service of Natural Areas Protected by the State (Sernanp) announced that the Titicaca National Reserve received the recognition of Hierarchy 4, the highest distinction for a tourist resource in the world. In this way, it stands out as an international destination capable of significantly boosting inbound tourism.


To achieve this distinction, the Regional Government of Puno established several moderators in charge of the continuous evaluation of the destination; among them, the work of the National Service of Natural Areas Protected by the State (Sernanp) was highlighted. Sernanp was in charge of preparing the application dossier based on the criteria of particularity, publications, recognition, conservation status, visitor flow, facilities, territorial representativeness, and inclusion in tourist visits.


The National Reserve not only seeks to conserve the flora and fauna of Lake Titicaca but also to support the socio-economic development of the region. In this way, it focuses on the preservation of the 16 communities around the floating islands belonging to Uros, Chulluni, Chimu, and San Pedro de Ccapi – Uros Titino, which widely develop tourism activities.


Finally, it is important to mention that this distinction places Lake Titicaca National Reserve at the same level as the Inca city of Machu Picchu, the Nazca Lines, and the Amazon River. Therefore, it is expected that the investment in promoting the destination at the international level will be of the same caliber. 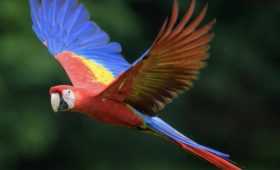 Pacaya Samiria: ‘The jungle of mirrors’

The United States ruled out creating or requiring sanitary passports

Peru approves the “National Strategy for the Reactivation of the Tourism”

No comments to show.